Once every month, usually on the 3rd Wednesday in the month, there will be a midweek celebration of the Holy Eucharist. This Service will start at 11.00am.

Please Note: Fr John is currently unwell and will not be celebrating until the new year.

The Liberal Catholic Church (LCC) came into existence as a result of the reorganisation, in 1916, of the Old Catholic Church in Great Britain. That Church derived its orders from the Old Catholic archiepiscopal see of Utrecht in Holland. The LCC has carefully preserved this succession of orders. Its first Presiding Bishop, James Ingall Wedgwood, was a mystic fired with a vision of a renewed Christianity liberated from authoritarianism and dogma.

The LCC exists to forward Christ's work in the world; it is an independent and autonomous body, not dependent on Rome or any other see or authority outside its own administration. It is neither Roman Catholic nor Protestant. It is called 'Liberal Catholic' because its outlook is both liberal and catholic (universal). It is catholic because it reveres all that is authentic to the Christian tradition; and it is liberal in that it encourages people to think for themselves.

Many Liberal Catholics follow a mystical path, acknowledging the Fatherhood of God, the Divinity of Mankind, the sacredness of all creation, the cyclic nature of life and the immortality of the human soul. For the Liberal Catholic, faith is inclusive rather than exclusive.

The Prayer of St Francis of Assisi

O Divine Master, grant that I might not so much seek to be consoled as to console; to be understood as to understand; to be love as to love; for it is in giving that we receive; it is in pardoning that we are pardoned; and it is in dying that we are born to Eternal Life. 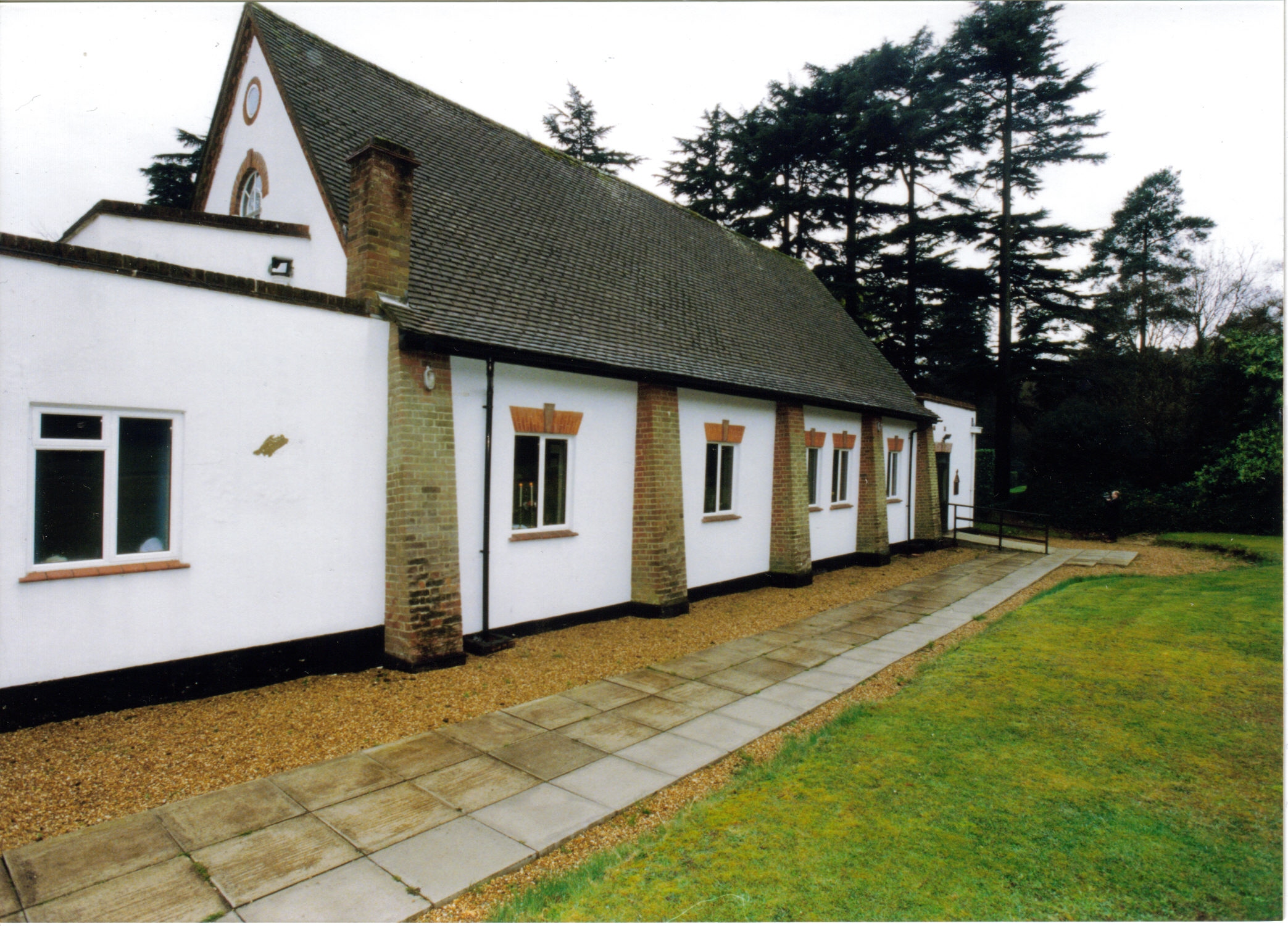 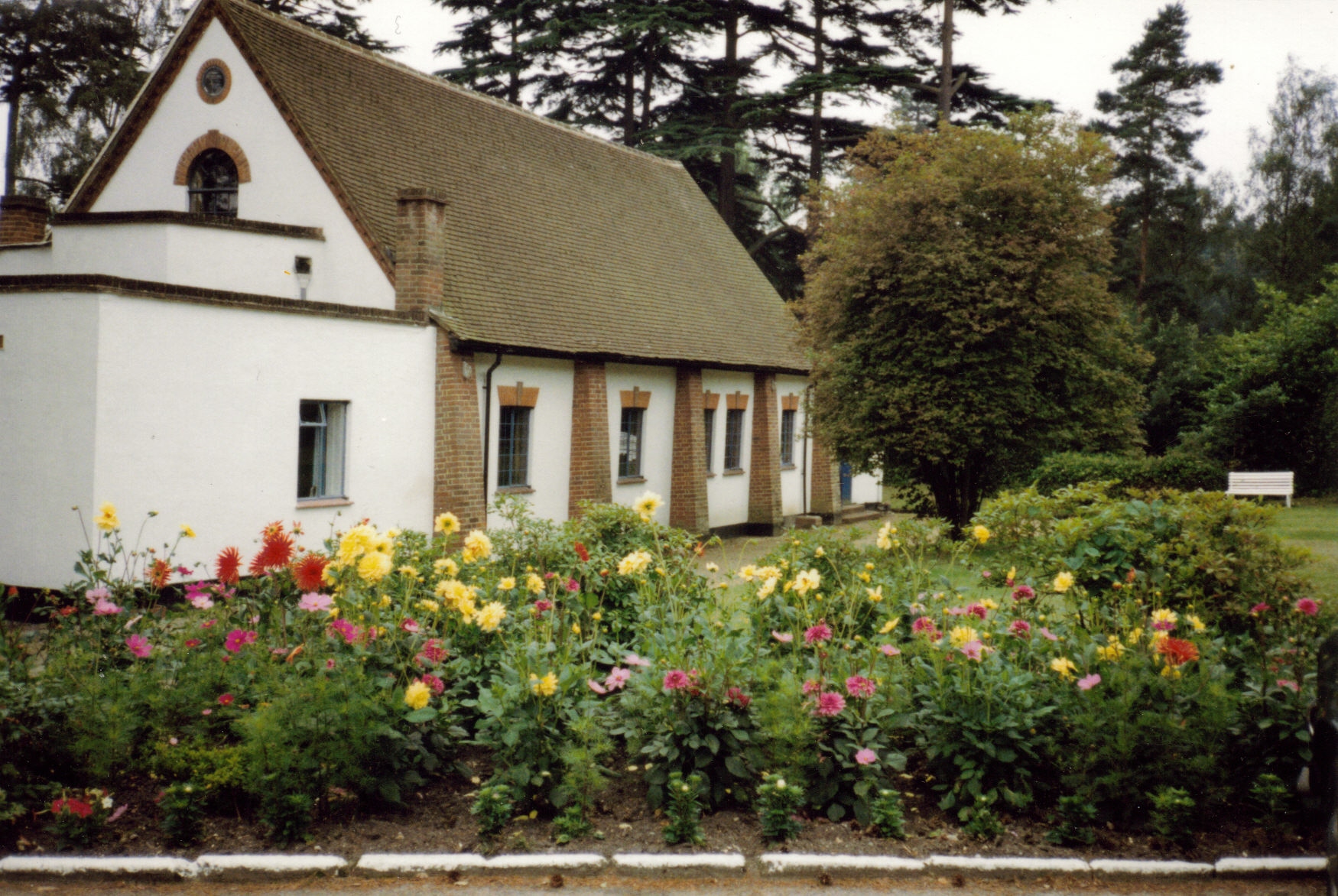 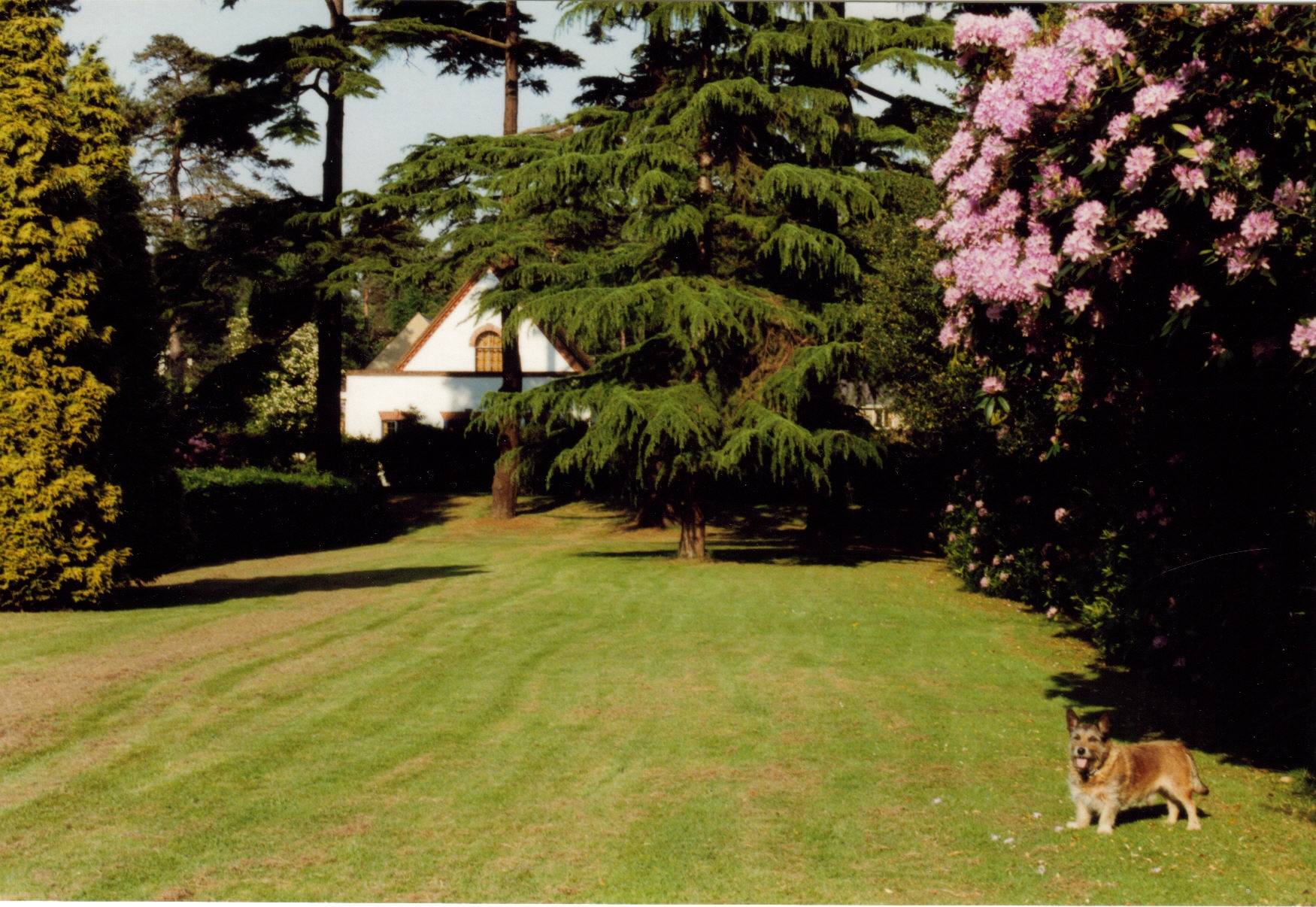 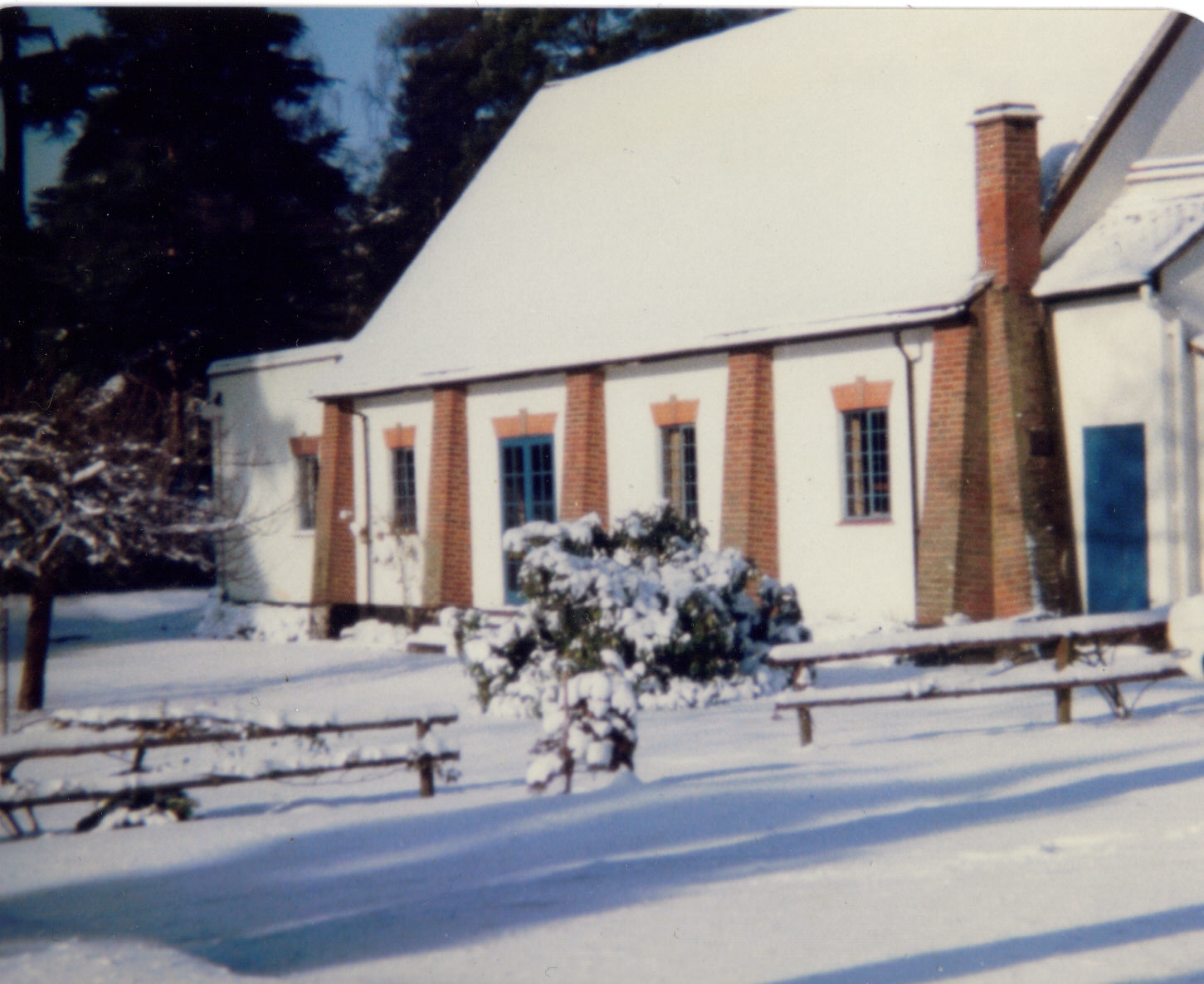 St Francis Church was built in 1930/31 and was registered as a place of public worship in 1932 (6th March). The vestry was added a year later.

A few years prior  to this (1929), members of the Theosophical Society in England (TS) had purchased Tekels Park Estate in Camberley in order to establish a spiritual centre. The founders of this centre included Edward L Gardner, Guy N Stephenson (later a Priest in Charge at St Francis), Captain Cyril Paul, W M Dimbleby and Rt Rev James I Wedgwood (1st Presiding Bishop of the Liberal Catholic Church). The finance for the church building itself was provided privately by Josephine Chambres, then General-Secretary of the TS in England. The building was given to be used principally by the LCC, the TS and the Co-Masonic Order (Le Droit Humain). The building has been managed by the Parish since this time. In addition, it is also used by other organisations such as The Order of the Round Table in England (a children's organisation).. 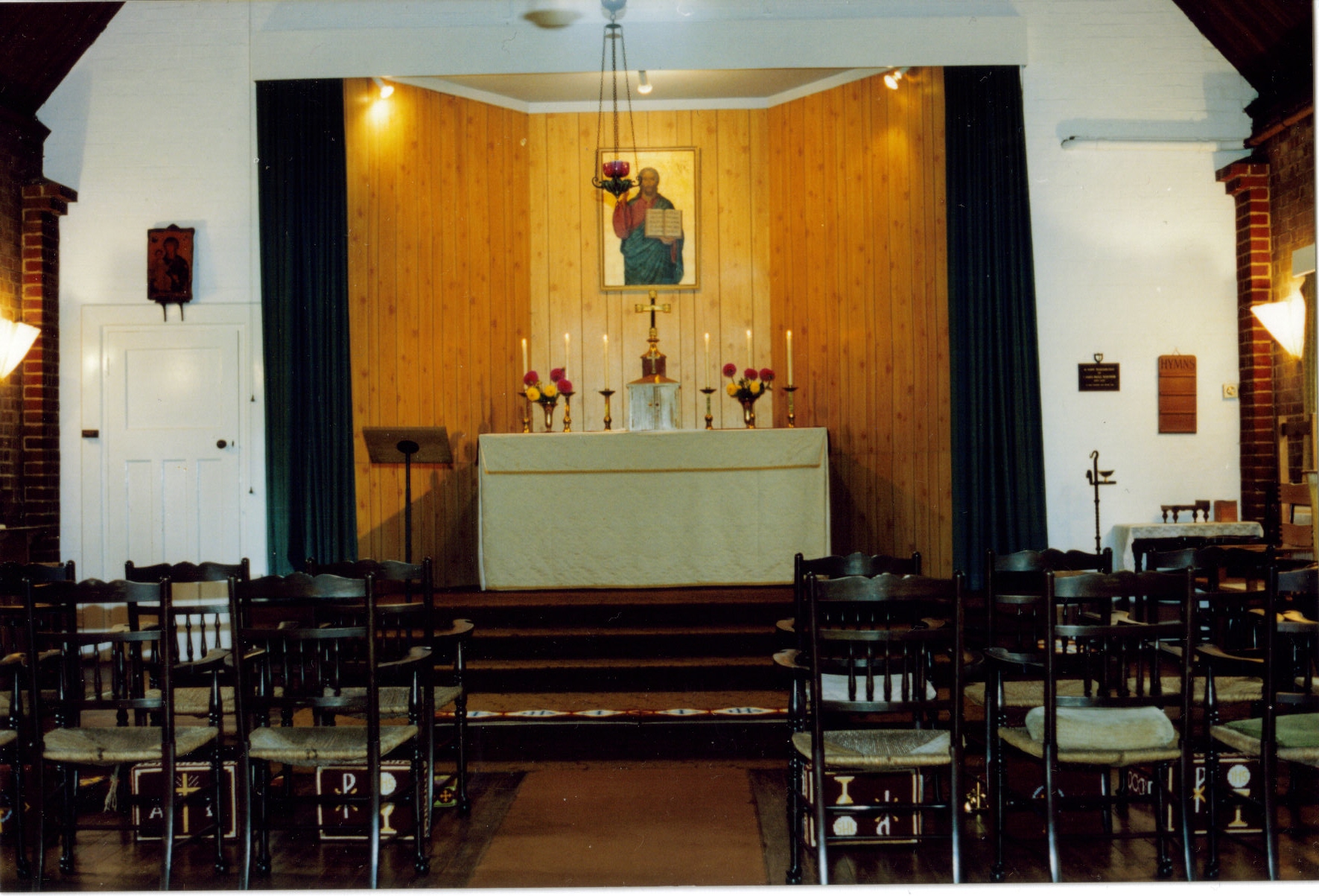 Beneath the altar stone of the High Altar (and touching it) is a pillar that reaches below the foundations of the church. The icon above the altar was commissioned in 1935 by Bishop Wedgwood for St Francis Church. 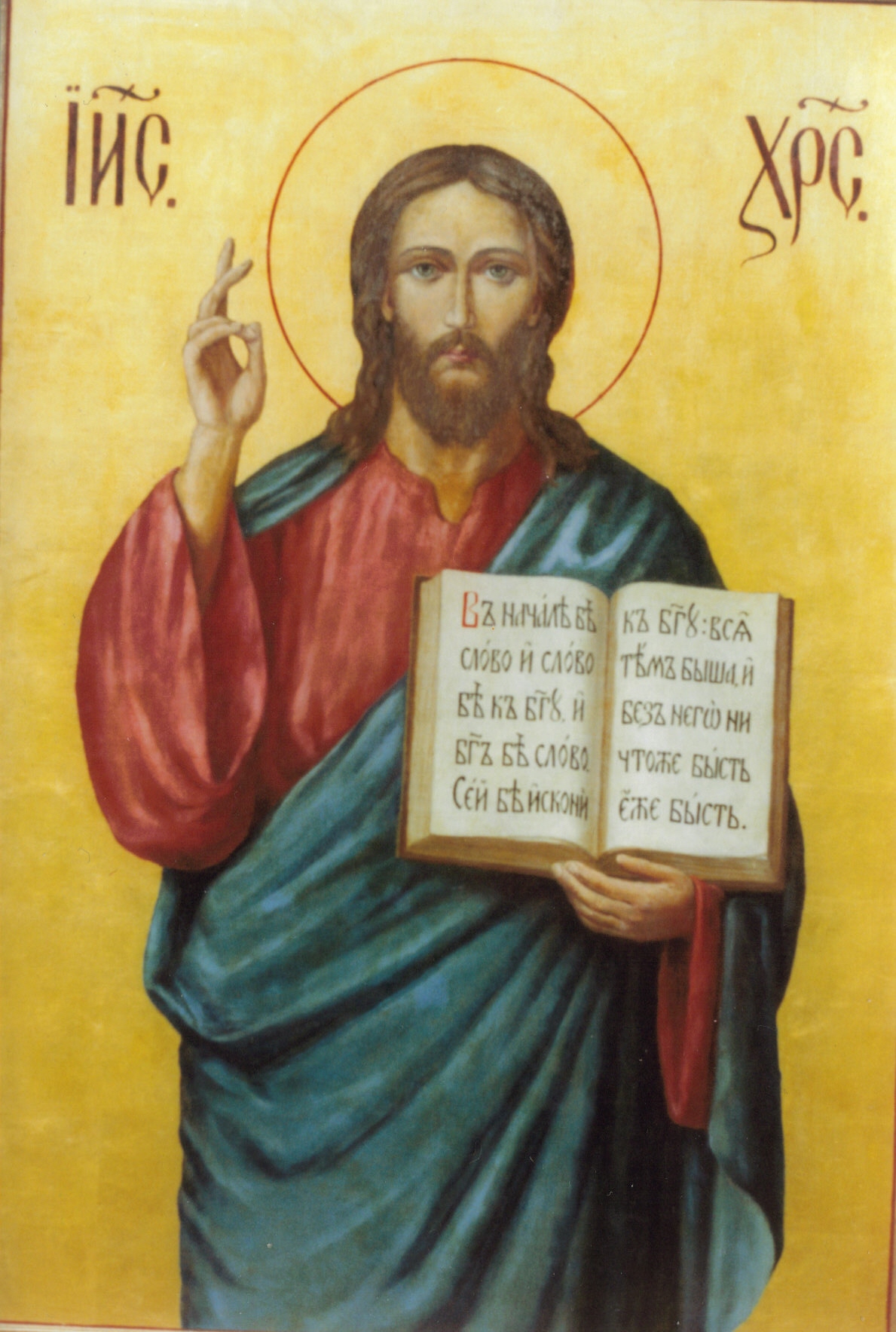 Also in the main body of the church is a small side altar to Our Lady; and another small altar dedicated to St Francis. 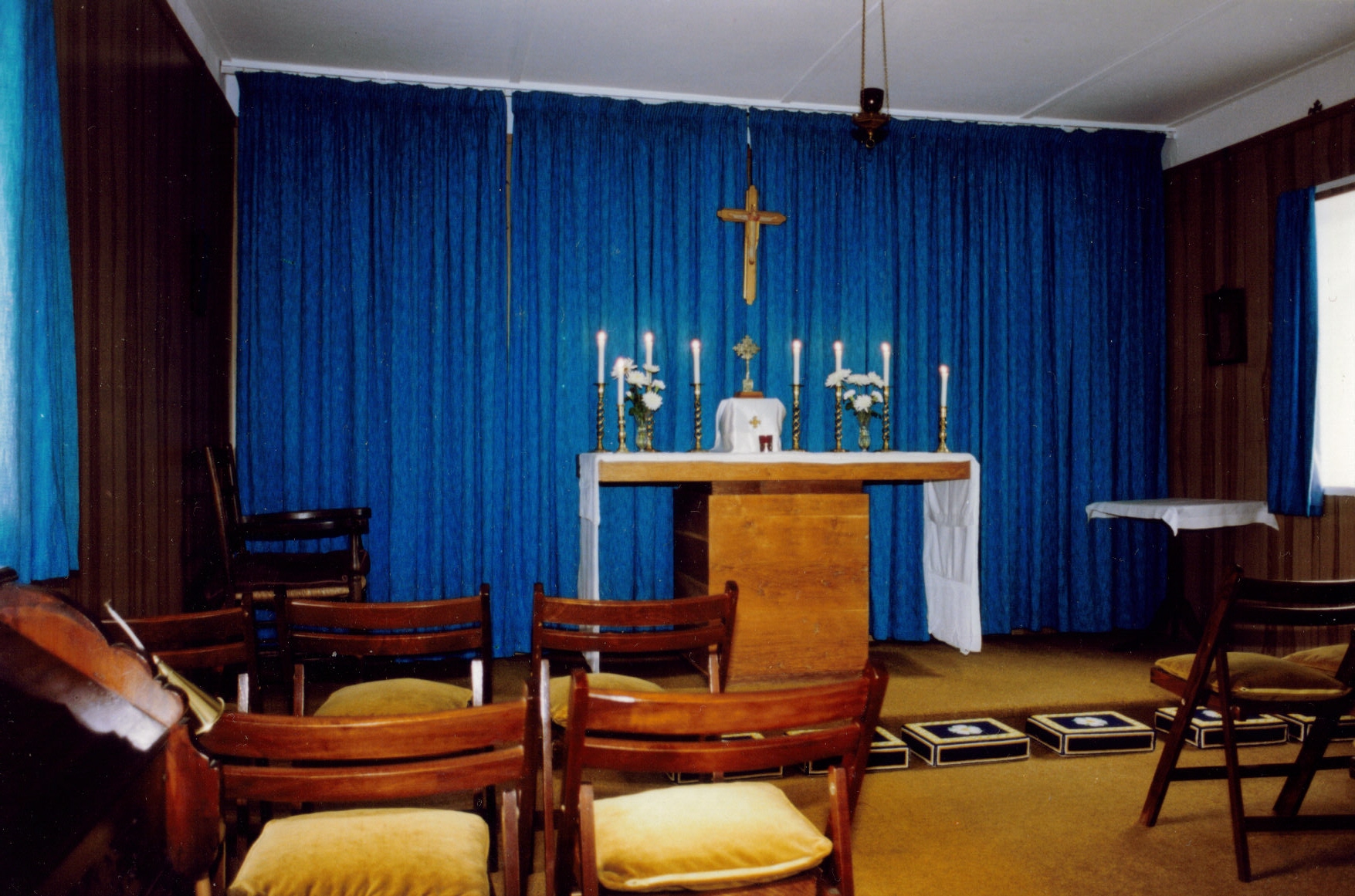 In 1932, Bishop Wedgwood and Josephine Chambres added a small chapel to the building. This Chapel is dedicated to the Holy Lady Mary and all the Holy Angels. The chapel contains space enough for about 15 people and is used often for Prime and Complin and occasionally Holy Eucharist. The Sacrament is Reserved in this chapel.

It is with a great deal of personal sadness that I have to inform you of the passing to a higher life of service of our dear friend and brother Fr John McGlashan.
Fr John was given Minor Orders on 14 March 1971;
Ordained to Sub-deacon on 5th September 1971
Ordained to Deacon on 9th May 1972
Ordained to the Priesthood on 25th February 1975
All Orders given by Bishop EJ Burton at The Pro-Cathedral Church of St Mary's.
Fr John was appointed Priest  in Charge of St Francis of Assisi, Tekels Park in 1979 and remained in post until 1991. He served in this capacity again from 1998 until 2003. He further served as Assistant Priest from 2013 until his death. For many years, he was also Chaplain to the Liberal Catholic Church Family Camps.
Fr John was a true and faithful servant of the Church and a good friend to all who knew him. He will be sorely missed by his family, friends and colleagues.
May he Rest in Peace and may Light Perpetual shine upon him.

Clergy in the Liberal Catholic Church

The clergy of the Liberal Catholic Church make no claim to spiritual or temporal domination over those who adhere to its Rite. In common with the priesthood of other churches they hold Christ's commission to teach (Matt. 28: 18-20) but claim no authority over the individual conscience, stress being laid rather upon their function as ministers of the divine sacraments, stewards of the mysteries of God, ready to place themselves in all reasonable ways at the disposal of those who may ask their help. The Liberal Catholic Church neither forbids or enjoins the marriage of its clergy. It does, of course, expect that its clergy, as well as its members, will respect the sanctity of marriage vows, and show responsibility in their behaviour towards other people. The clergy of the Liberal Catholic Church are unpaid and usually retain secular occupations while devoting to the service of the Church other available time.