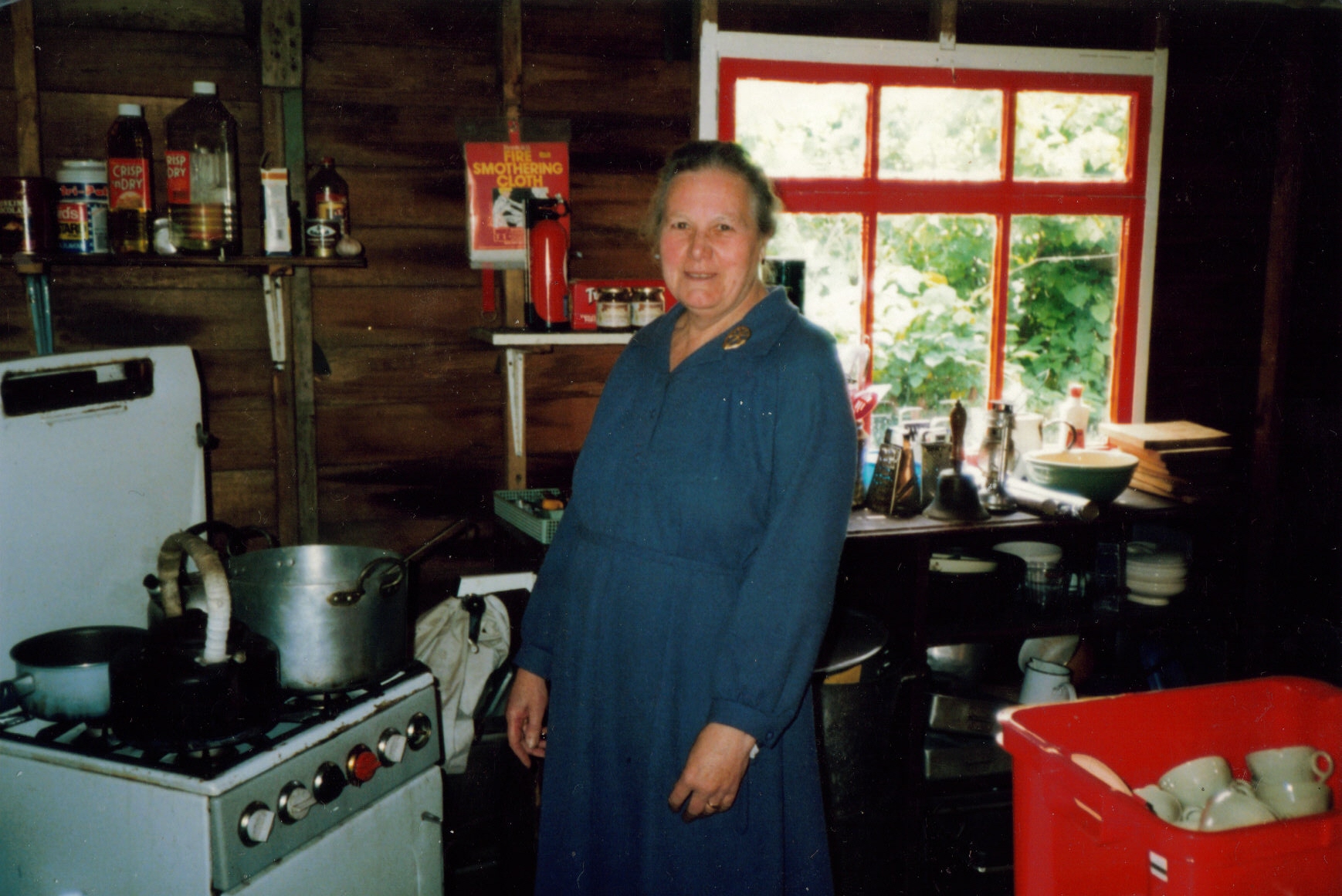 Eve Richbelle was "church mother" … literally so because she nurtured and cared for St. Francis Church as if in a loving mother/child relationship. She kept it clean with a meticulous eye, laundered the altar linens with tenderness and understanding; and monitored the pastoral needs of the congregation. When Eve died a few years ago it was like the sanctuary lamp in the church being extinguished.

She was born in Invernesshire and always remained a loyal Scot and a true Celt for she loved her native country and its ancient Celtic spirituality. The Christianity of the ancient Celts was a living reality for her in the present moment and she loved their poetic prayers and evocative verse. She spent much of her childhood and early years in India where her father was Commander-in-Chief of the North-West Province. This was the India of the British Raj and she became quite used to military social life and etiquette with its dinners and coming-out balls. Eve was presented to Their Majesties King George V and Queen Mary at the Delhi Dhurbar during a Royal Visit to India; and the tabernacle veil on the high altar of St. Francis Church was made from a fragment of the dress she wore on that grand occasion.

Eve returned to England with her father in the late 1930’s. Her father died of cancer, but Eve found her own feet and eventual employment in the Foreign Office. At the outbreak of World War 2 she met the dashing young David Richbelle, a fighter pilot in the RAF. David flew Spitfires in the Battle of Britain but sadly lost his life during a training exercise in the Middle East. There was one child from the marriage, Stephanie, who sadly died when very young. Eve volunteered as an ambulance driver at the height of the blitz, her ambulance being a converted Bourne and Hollingsworth furniture van. She witnessed the rawness of life and death in the East End of London during the worst of the war years. After the war, she lived for a time in Alexandria and Malta, later in Norfolk, and finally settled in Tekels Park, where she became deeply involved with the Liberal Catholic Church and the liturgical and pastoral life of St. Francis, She loved the liturgy and knew whole passages by heart; and she possessed a deep mystical apprehension of life and the beneath-the-surface rhythms which give meaning to the great mysteries of life and death. Death was not something to be feared, for Eve, and when she died she simply stepped sideways into an already familiar place.

Many people have been graced by Eve’s wisdom and deep, sometimes unique, insights and she loved to talk for ages on spiritual matters. She was ordained a Deaconess in the Liberal Catholic Church and assisted at church services, and even led some of them, with great dignity and a deep understanding of their meaning and symbolism. She was a vital part of the fabric of the life at St. Francis and is still sorely missed.

Eve was a very private person and was reluctant to talk about herself or her life; and, consequently, kept her greatest secret ~ that she was a titled lady ~ closely guarded. She was, in fact, Viscountess Nairn.