Fr. William was Baptised and Confirmed by Bishop James Ingall Wedgwood, received all the Minor Orders from Bishop Frank Waters Pigott, and the Major Orders from Bishop Hugh Sykes - being ordained to the priesthood on 10th July 1957 at St. Mary’s Pro-Cathedral Church. One cannot help but admire 48 years of continuous commitment to the service of others.

Fr. William was a very kind and helpful man who firmly believed in the Church and its ethos – in many ways he was the epitome of Liberal Catholic priesthood – and to the end continued to celebrate Mass for the benefit of others. Apart from working in his Oratory, he offered continual support to St. Francis at Tekels Park over many, many years. 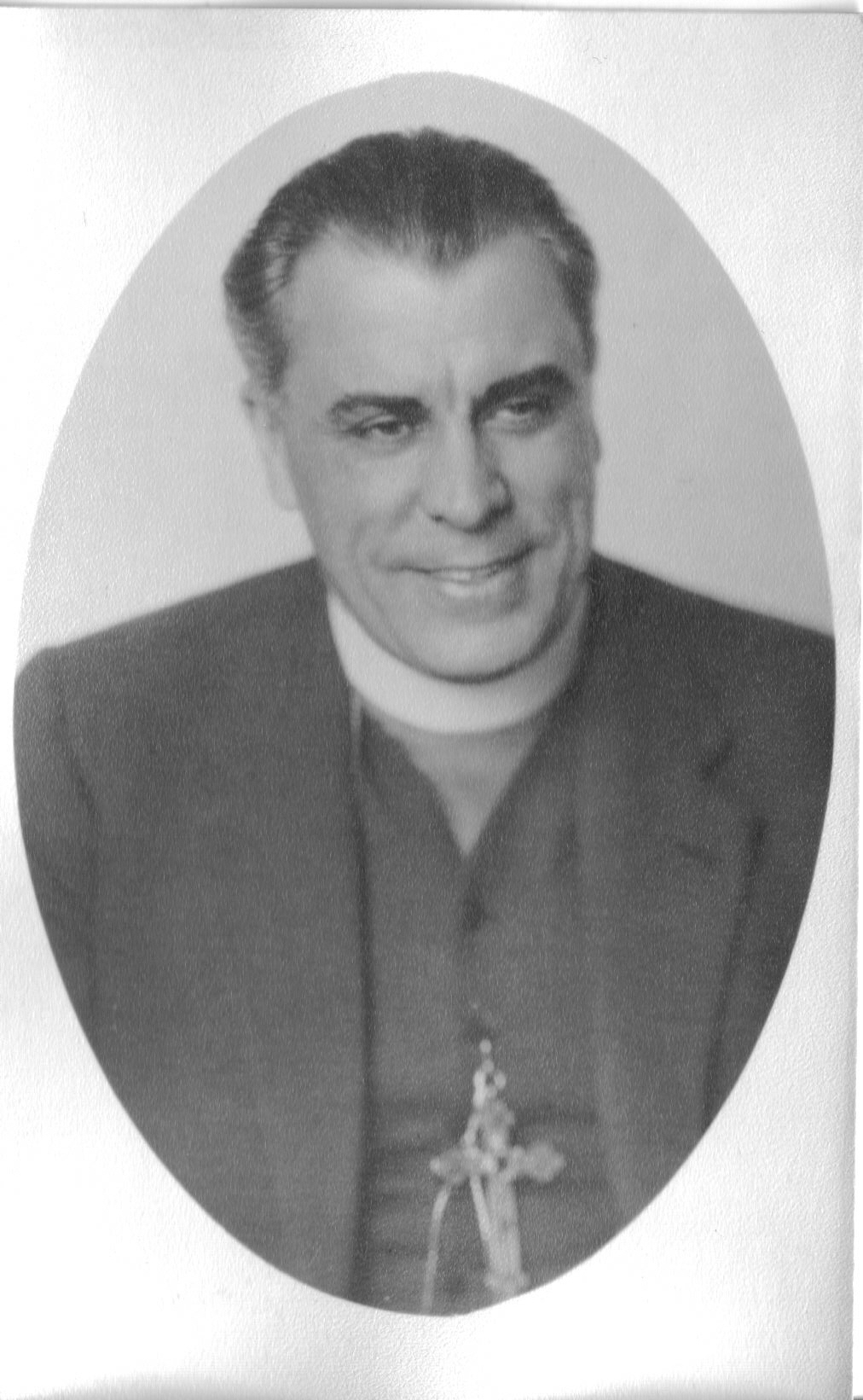 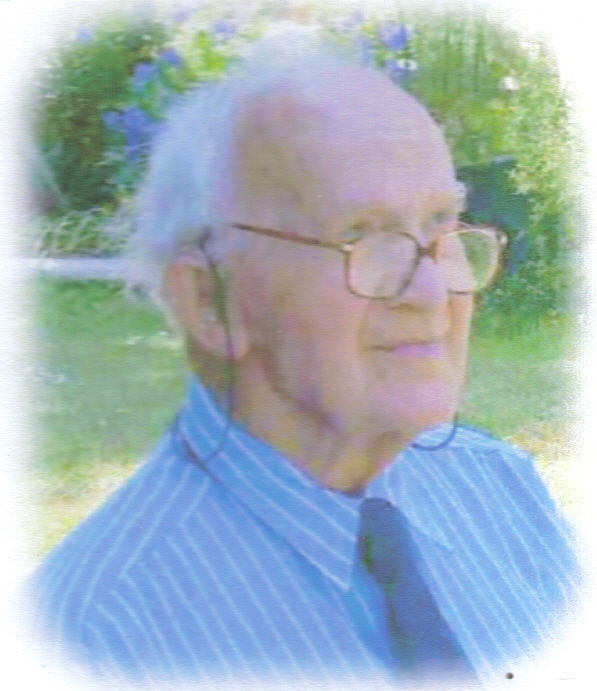 About a year before his death, Father William Archer sent me the following memoir of Bishop Wedgwood. He had known Bishop Wedgwood for many years. William spent much of his early life  in Tekels Park with his guardian, Gladys Newberry, and served in the sanctuary with the man he refers to simply as 'Bishop'. This memoir is reproduced as it was written, complete with Fr William's idiosyncratic use of punctuation. Italics in brackets are mine ~ Richard Bayly

When Bishop James first came to Tekels after recovering, as best he could, from the terrible illness which struck him down in Huizen he first stayed in Gladys Newberry's house "Aut Even", and only a little later moved to his own residence (at Karkana). I happened to be at home at that time, having extracted myself from a sordid apprenticeship in the Merchant Service by faking illness. It was my nature to avoid adults as much as possible, regarding them as a peculiar alien race. But it was impossible to treat Bishop as an alien. "Don't Sir me, young man!" came out after a few minutes contact; and he was always gentle, natural and warm-hearted. We always had breakfast together - Gladys was always in bed at this time of the day. At breakfast, he could always retire into his "Times" newspaper if he wanted to, but he never did, and he was always affable and interesting. Gladys wanted me to have breakfast in a separate room from Bishop, but he would have nothing of that, and insisted we had breakfast together.

As his strength improved he took up Church work again and was soon celebrating a daily Eucharist in the Lady Chapel, but was handicapped by not having a helper. He asked me if I could sometimes serve for him, so he taught me to be a server. I would go along at 10.40 hrs and burn charcoal ready and the other odds and ends that a server does. He had very tough hair on his face which made shaving very painful and tedious, so he was never in his best social graces after a shave. He would then come bundling into the Church to do his side of the preparations, insisting upon starting promptly at 11.00am because it was bad manners and inconsiderate to keep the angel waiting. I think he probably had the same angel attending him daily at the beginning of the Eucharist; and the same angel could then nip off across the Atlantic and the time zones would allow him to perform the same work anywhere from Canada to South America.

He gradually taught me something of what the Church was trying to do. Up tilll now I had taken no interest in any church. I had read lots of T.S. books which gave me inward security. And at Pangbourne Boarding School (horrid place) I was in the grips of the Church of England and the School Padre was a bit of a bore and I was one of his "mental cabbages". After I left I did send him a copy of "At The Feet of the Master", but of course did not get any acknowledgement.

As Bishop got stronger he took an interest again in the Co-Masonic Movement which he had helped to start under AB (Annie Besant), CWL (Bp Leadbeater) and others, and he became a member of an Executive Committee (of the Theosophical Society) which held meetings periodically and every now and then he would toddle off to London to attend. He would let me know the day before that there would be no service the following day. On one of these occasions he told me he was going to London the following morning. Come the following morning I went down to the Church soon after 10.30am knowing that he was coming (but also knowing that he was not supposed to be coming) and got things ready. No sign of him at 10.50hrs, but I did not bat an eyelid. A few minutes later he blew in in great haste, threw on his robes and in we went. After the Service, I was not aware of anything strange having happened, and would not have bothered to ask him why he changed his mind. But he offered a very strange explanation. As he was getting ready for London a clear message came into his head from the Master, Sir Thomas More, asking him not to go to London but to hold a Mass instead: that the Brotherhood was making a special effort to put some spirit into  the insipid British and French so-called statesmen - and that power from the Mass would be many times more worthwhile: that this was a critical period, the thin end of the wedge, that if the West could not stand up to the stupid blusterings of Mussolini who was threatening to invade Abbysinia at this time, then another world war was becoming more inevitable. Bishop was about to pick up the phone to contact me but was told I had been dealt with. Although I was not aware of anything out of the ordinary, except a certainty that he was coming. Although the politicians on both sides of the Channel continued their spineless way, public opinion was deeply roused and caused the resignation of Sir Samuel Hoare (the Foreign Sec) because of the infamous Hoare-Laval Plan which more or less gave Mussolini the green light.

Although much of Bishop's clairvoyance had been shut down because of his severe illness, it did flutter into activity when he was celebrating. He was certainly aware of angels being present. I remember Harry Farrow telling me that he was serving for Bishop one hot day in the summer, and Harry's thoughts were wandering in anticipation of cooling off in the Blue Pool (the local swimming baths) later in the day, and Bishop turned round and murmered that there seened to be a lot of water about.

Bishop was very interested in looking at people coming to church to see what their motivation levels were like, he would look down from the buddhic level to see how the heart was motivated. on one occasion two people in their twenties were wanting to be admitted to the LCC. He said one came to help and to give, knowing that it is impossible not to receive. The other came only to receive, which is the common condition in many branches of the Church.

Another point that he was very keen on stressing was that it is not our job to build the spiritual temple in the Eucharist, this was the work of the angel concerned, our job was to help provide as much building material as possible in terms of noble feelings and aspirations, strong thoughts seeking truth, and as much spiritual force as our development allows. The angels are splendid builders, and it is of no help to have little minarettes pushed up by some of the congregation haphazardly here and there.

I also noticed that after mentioning the King and those working under him, he asked that some power should go to the great political angel at Westminster, who has a very thankless task. He seemed to be on quite friendly terms with this particular angel, and had a great respect for him.